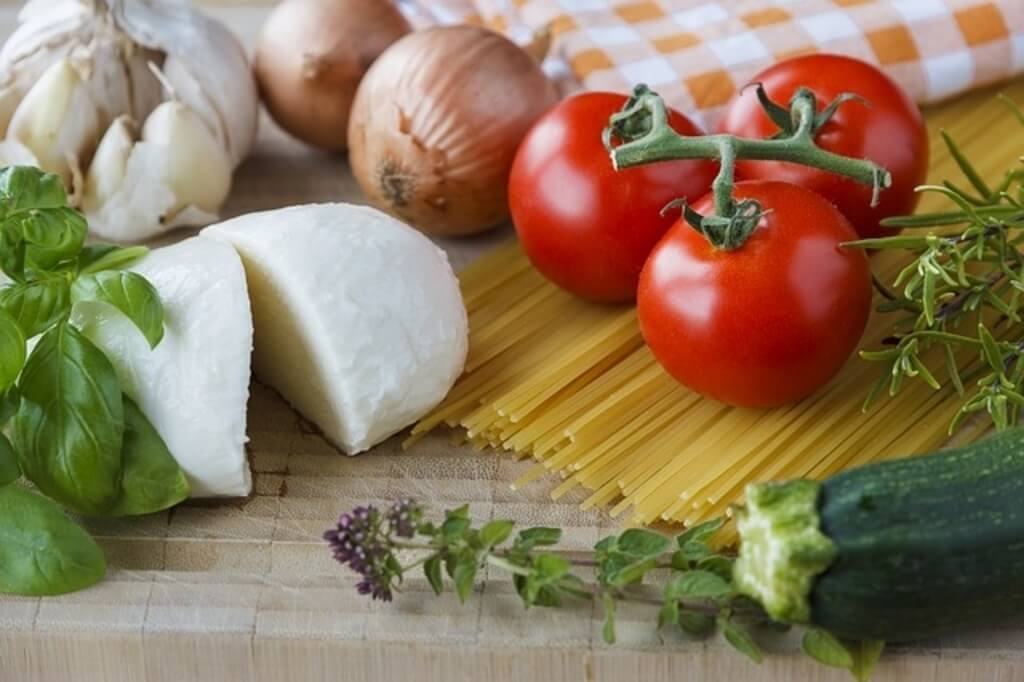 Italians are known for their love of food. Whether you’re in a restaurant or cooking at home, the cuisine is all about balance and flavor. There are 11 herbs and spices that are staples in Italian cooking. Here’s what they are:

Basil is a plant that has many uses. The leaves of the basil plant are used in cooking, especially Italian cuisine. Basil is an herbaceous annual with a taste resembling anise and clove. The aromatic leaves can be eaten raw or cooked and it’s used to flavor many foods such as pesto sauce, pasta dishes, soups, salads and vegetables. Basil may also be rubbed on meats before grilling them to add flavor,  and help prevent food poisoning from bacteria like E. coli.

Thyme is a perennial herb that can be used in many different dishes. In Italian cuisine, thyme is often paired with chicken or seafood to add an earthy flavor. Other popular ways of using thyme are as a garnish for soups and stews, in dips like baba ghanoush, or rubbed on meat before roasting. Thyme has been found to have antimicrobial properties which makes it a good addition to any dish where food safety is important.

Oregano is a herb that is most often used in Italian cuisine. Oregano’s origins are said to be from the Mediterranean region, and was introduced to Italy by the Romans. Oregano has been used for medicinal purposes as well as culinary purposes throughout history, which gives it a unique flavor that cannot be replicated by any other herb or spice. In the modern day, oregano is typically added to tomato sauces, and olive oil dishes like pizza because of its strong flavor.

Rosemary is a herbaceous plant that has been used in Italian cuisine for centuries. Some of the most famous dishes include spaghetti alla puttanesca, which contains garlic, tomatoes, and basil leaves with rosemary added as well. It’s often cooked on top of meat or fish to add flavor. Rosemary is also found in other traditional dishes such as Tuscan Bean Soup and Sicilian Casserole called Cannelloni.

Sage is a perennial herb, with bright green leaves and small white flowers. It is grown in many parts of the world, but most notably in Italy. Sage is a popular herb in Italian cuisine. I found that one of the most common uses for sage in Italy is stuffing meats and vegetables such as rabbit, squab, chicken breast and zucchini with sage leaves before cooking them. This dish would be served at Christmas time along with other traditional holiday fare like chestnuts.

Bay leaves are used in many types of cooking and have a distinctive, aromatic flavor. Bay leaves are most often associated with Italian cuisine, but can be found in cuisines all over the world. In general, they are used to flavor meat and poultry dishes. You can find bay leaves as an ingredient in many sauces like Pesto sauce or Bolognese sauce. It is also a common ingredient in herbes de Provence seasoning mix which has savory, thyme, rosemary and oregano spices.

Parsley’s usage in Italian cuisine varies depending on what region of Italy you are from. Southern Italians use it more as a flavoring agent while Northern Italians tend to serve with pasta or meat sauces as a vegetable side dish. It can be found on Italian dishes such as minestrone soup, bolognese sauce, ravioli, and many others.  Parsley may be also seen sprinkled on seafood, stews, and salads for extra flavoring.

Marjoram is a herb that has many different culinary uses. It can be used in Italian cuisine as well, and it is the only type of marjoram that grows in Italy. Many people enjoy cooking with this versatile herb because it can be used to flavor many different types of dishes including pastas, soups, and meat dishes. Marjoram also makes an excellent ingredient for sauces such as tomato sauce or white wine sauce when added at the end.

Related Post: How to grow Sweet Marjoram Herb at home?

Saffron is a very expensive spice that has been used in cooking for centuries. It is made from the dried stigmas of the crocus flower and it gives dishes an earthy, floral flavor. This herbaceous aroma and taste make saffron one of the most sought after spices on Earth today.

Italian cuisine uses this ingredient sparingly as it can be quite costly, but there are some dishes where saffron can’t be replaced with anything else. Some dishes include Bolognese sauce, cream sauces, and risotto Milanese just to name a few.

Coriander is a plant that has been used in cooking for centuries. Some believe it originated in the Mediterranean region, but others argue that it may have come from India or Southeast Asia. Coriander can be found in most kitchens around the world, as well as many other types of cuisine. Italians are one such group who cook with coriander on occasion, and there are two dishes which use this spice to great effect: Eggplant Parmesan and Spaghetti Alle Vongole.

The usage of mint in Italian cooking is varied. Mint is a common ingredient in the cuisine, but it can be used to flavor a dish as a herb or to make sauces and drinks. Italian dishes that use mint are often meant for springtime or summer. There are many recipes using mint including lamb stew with potatoes and fresh peas, pan-fried tuna with roasted red peppers, garlic cloves, lemon juice and fresh mint leaves; fettuccine alla matriciana which is a pasta dish with onions, pancetta, and tomato sauce.

Related Post: How to Grow Mint From Cuttings: A Step-by-Step Guide