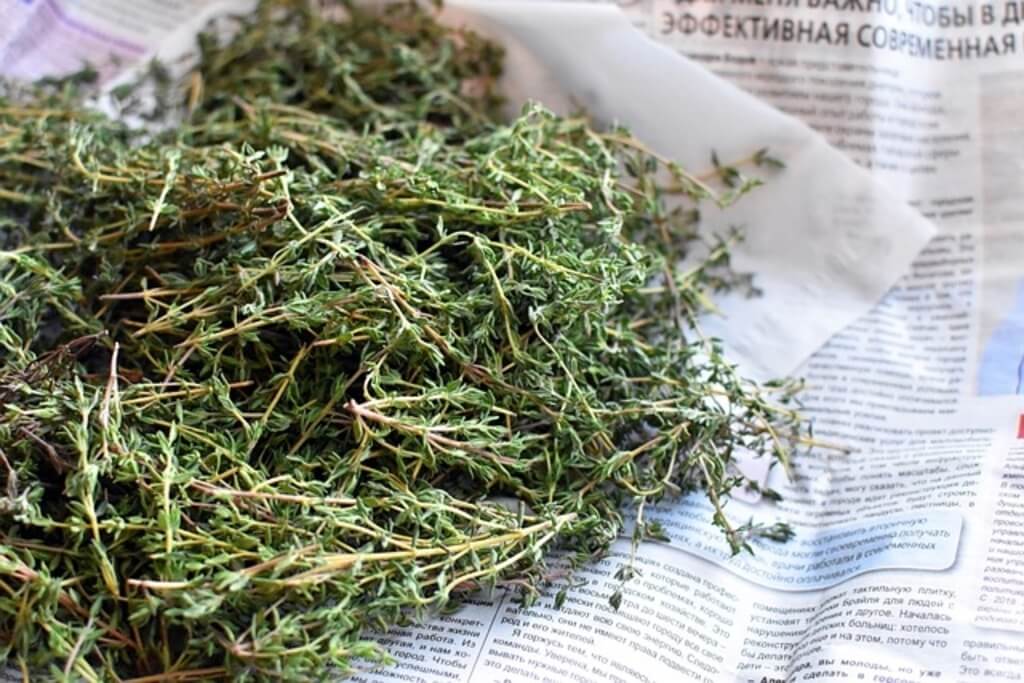 Thyme is a herb with a long history and has been used in many cultures for its medicinal properties. In this article, we will be exploring 20 fun facts about thyme that you may not have known before.

“Thyme” Comes From the Greek Word for Courage.

However, did you know that thyme was originally named after the Greek word “thumos” which means courage.

Thyme was first grown around 3000 BC in Persia.

Thyme was first grown around 3000 BC in Persia. The Egyptians used it as a symbol of happiness and good fortune, while the Greeks believed that Thyme would drive away any evil spirits or curses.

Thyme can be either Woody or Tender.

Did you know Thyme can be either woody or tender, depending on the variety? For example, Creeping Thyme (also known as Mother of Thyme) grows close to the ground and does not have much woodiness to it. On the other hand, French Thyme is more rugged and fibrous with long stems and stalks, which makes it better for grilling or roasting than adding to soups or sauces.

In Ancient Greece, it was used to ward off evil spirits.

In Ancient Greece, people burned thyme to protect themselves from plagues and evil spirits. Ancient Greeks burned thyme for a variety of reasons including: in cooking, as incense during religious ceremonies, and as an offering to the gods. The most common use was burning it in order to ward off evil spirits and disease. The herb is said to have originated on Mount Olympus with Dionysus giving it as a gift to humans.

Thyme oil has many uses and can be extracted from the plant by steam distillation or maceration. Steam distillation is a process that extracts oils from plants with boiling water, which releases the oil in a gaseous form. Maceration is when leaves are soaked in hot water to extract their oils, then squeezed out for use. Thyme’s flavor is due to its main component of terpenes, which contribute bitterness as well as floral notes.

Thyme Tea is Helpful for Coughs and Sore Throats.

Thyme tea is a popular remedy for coughs and sore throats. The herbal beverage is made by boiling fresh thyme leaves in water. It can be sweetened with honey or sugar to make it more palatable, but it’s also beneficial to drink the tea without any additives.

Many people have reported that drinking thyme tea has helped them get relief from their coughs and sore throats faster than other remedies they’ve tried. This herb has antibacterial properties that help fight infection, and it also contains natural compounds that have been shown to inhibit the production of mucus.

Thyme Used for Seasoning Meats and Other Dishes.

Thyme is a spice that has been used for cooking since ancient times. It was originally used in cooking to season meat or other dishes. It can be added as a marinade, dry rub, or as part of the liquid during cooking. Today thyme is still commonly used in cuisine around the world and adds flavor to dishes such as chicken with mushrooms and thyme, beef stew with thyme and potatoes, and lemon-thyme crèpes.

Dry Thyme to Preserve Its Flavor and Aroma.

Drying thyme is the best way to preserve its flavor and aroma for a long time. Thyme typically has an earthy, peppery taste that complements many dishes. Drying it before use will help keep your dish tasting fresh without added moisture from cooking in the oven or on the stove top. This is a great option if you don’t have access to fresh thyme at your grocery store or farmers market.

Thyme leaves can be added to salads as garnishments.

Thyme leaves can be added to salads as garnishments. Adding them to a salad will add flavor and help with digestion. They are best when fresh, but they can also be dried for later use in soups or tea.

Thyme plants are evergreen, meaning they retain their leaves year-round. This makes them an excellent choice for people who want to use fresh herbs throughout the winter months.

Related Article: How to Grow Thyme from Seed?

Thyme is a plant that has been used for soaps, perfumes, and medicines since ancient times. Thyme’s antibacterial properties have made it useful in the treatment of many ailments such as acne, eczema, and other skin conditions.

The Surprising Uses for Thyme.

Thyme is a fragrant herb that is used in many dishes. It’s also been traditionally used for other purposes such as medicinal, religious, and superstitious practices. In some cultures, it was believed that putting a sprig of thyme under your pillow would help you dream of one’s true love.

The Best Time to Harvest Thyme Is at Dawn.

Thyme is a popular herb used in cooking, and the best time to harvest thyme for cooking is at dawn. Thyme’s oils are strongest at this time of day, so when you cook with it, the flavor will be more intense.

One Teaspoon of Thyme Provides 10% of Your Daily Iron Requirement.

Iron is an essential mineral that the body needs to produce red blood cells and carry oxygen. One teaspoon of dried thyme contains about 1 milligram of iron, which is equivalent to 10% of an adult’s daily requirement.

Dried thyme leaves are a tasty herb that is easy to grow in your garden. One teaspoon of dried thyme leaves contains 4 calories, which makes it an excellent addition to any low-calorie diet. It also provides essential nutrients such as iron and calcium.

Thyme Plant Is a Popular Ground Cover for Ornamental Gardens.

Thyme plants are an attractive ground cover due to their fragrant leaves and flowers that attract bees and butterflies. They can be grown in the herb garden, mixed with perennials or annuals, or as a border plant.

Thyme Used To Be In Toothpaste.

It was originally used as one of the ingredients in toothpaste. The leaves are dried out, finely ground into powder, and then added to a mixture of water and sodium bicarbonate (baking soda). This solution is heated until it becomes frothy. The resulting product is poured into tubes or other containers for storage.

Ancient Greeks used thyme to embalm the dead before burial or cremation. This practice was an effort to preserve the body as long as possible and prevent it from decomposing too quickly. They also often put honey in with the thyme, which would act as a natural preservative for the body’s tissues.

Plant Thyme Around Your Garden for Protection Against Pests.

Thyme is traditionally planted around the perimeter of gardens to keep pests away. The strong scent from thyme deters a variety of garden pests, including ants, moths, and spiders.