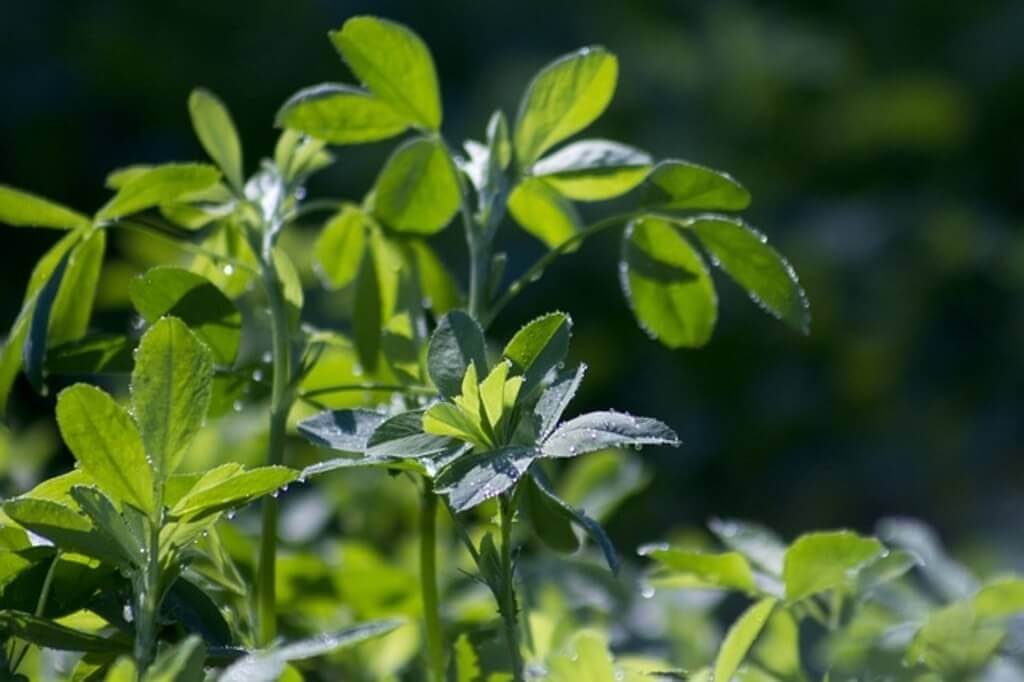 The alfalfa plant is a legume that grows in many climates. It’s often used as animal feed, hay for horses and cattle, green manure to help break down the soil before planting other crops, or sometimes just for decoration.

There are so many interesting facts about this humble plant that it would be hard to cover them all in one article.  In this article we will explore 52 fun facts about alfalfa, including photos and identification tips.

Alfalfa is the only plant species in the genus Medicago, which belongs to the family Fabaceae.

Alfalfa is a legume that contributes to soil health by fixing nitrogen from the atmosphere and adding it to the soil. It is a perennial plant that begins life as a deep taproot and establishes a long, lateral root system over time. Once established, alfalfa can send down roots up to 20 feet from the crown of the plant.

The leaves of alfalfa are very sharp with serrated edges at their bases, which fold upward as sun exposure increases in order to make more photosynthesis possible. The leaves have a base that is quite pointed, which helps them to help to trap water. The leaflets are narrow and stiff, with sharp edges, and are typically arranged alternately on the stem.

The seeds of alfalfa are small but, they are flat to round, so they tend to stay on the ground for longer periods of time without being blown away by wind or trampled. The Alfalfa plant needs full sunlight, which helps it obtain enough energy to take in much-needed nutrients like nitrogen (N) that it needs for seed production.

When to Sow: Spring / Summer

Germination: For best results germinate indoors in a small tray. Once the sprouts have grown about 4-5″ inches, they can be transplanted into your garden.

Sunlight: Plant it in an area that receives at least 6 hours of full sunlight daily.