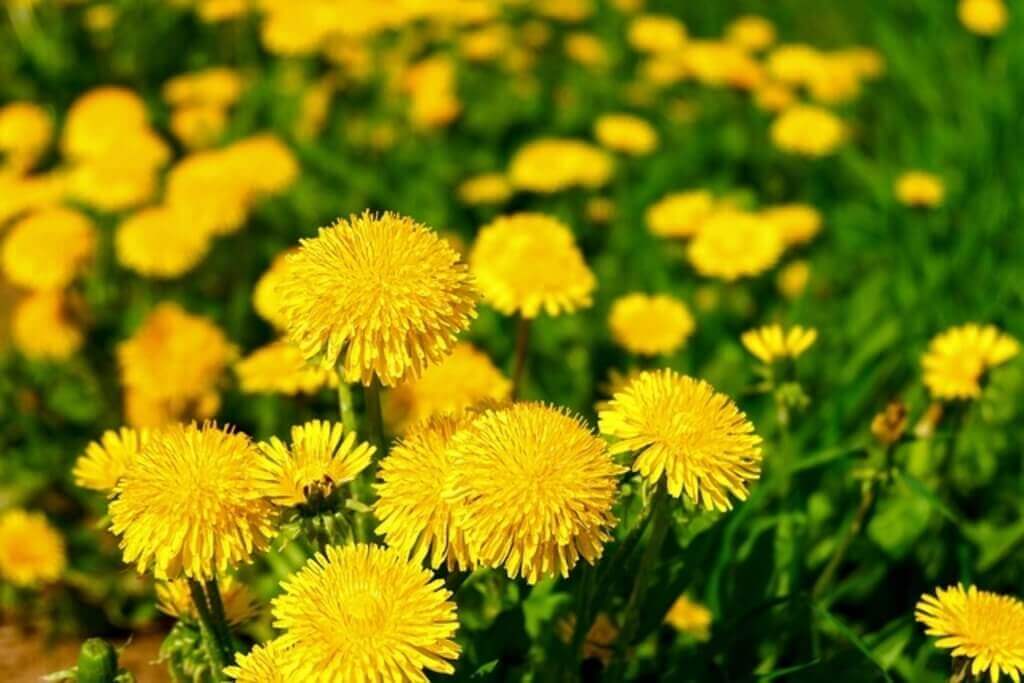 Dandelion is a plant that many people either love or hate. This article will explore the 53 fun facts about dandelions, as well as provide photos and growing info to help you decide if this plant should be grown in your garden.

The Dandelion plant is a perennial flowering herb. It grows in meadows, along roadsides, and any area with well-drained soil. The flowers are yellow and usually have a dark red or brown center. The leaves are deeply indented saw-toothed margins. The Dandelion plant can reach up to three feet in height when standing erect from the ground.

The leaves are long at the base of the stem but become shorter farther up on it, pointing directly upward when standing straight from the ground – making it similar to a lion’s mane when viewed from below.

The flowers are in a single round cluster at the end of the stem. The leaves are very deep-lobed, with toothed edges. The plant is most easily identified in mid-spring, when the distinctive yellow flowers. The Dandelion plant is considered by some to be a weed. However, it is very useful, as it has many uses.

How To Grow Dandelion From Seeds

Growing the dandelion from seed is a fascinating and rewarding process. Dandelions are one of the most common weeds found in North America, and they grow just about anywhere with poor soil quality. However, if you can find a few hours to sow some seeds and follow these steps closely, you’ll be rewarded with beautiful flowers that will come back year after year!

Step 2: Gather your materials and supplies. You will need a pot, good soil (like garden soil), water, and dandelion seeds!

Step 3: Fill the pot with soil to approximately 1/3 of the way up from the bottom.

Step 4: Add water to moisten the dirt; then sprinkle some dandelion seeds on top of it. Be sure not to cover them with too much dirt because they need sunlight in order to grow!